we are not just going to discuss about cut off mark only, but the requirements and everything you need to know about political science in Kwarapoly.

however, it is always recommended to target 150 and above so you have a high chance of gaining the admission

YES. political science is one of the courses offered in kwara state polytechnic.

YES. Anybody with 120 or above cut off mark can study political science or other courses in kwara poly.

How can I get admission in Kwarapoly?

Is Kwara Poly federal or state?

Kwara poly is a state-owned polytechnic that was established in 1973.

Thanks for reading our article on Kwara poly cut off mark for political science. We hope you find an answer to what you are looking for. if you do, please share this article with your friends on social media.

finally, if you have a question, don’t hesitate to ask in the comment section. 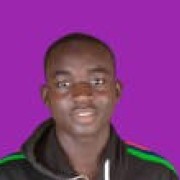 NEW ESUT Departmental Cut Off Mark for Medicine and Surgery

Complete List of Universities that Accept Jupeb in Nigeria

Full list of Polytechnics that Offer Civil Engineering in Nigeria